Our Christmas present to each other was a quick getaway to Berlin. We were drawn by the Christmas Markets, and the price was right, so off we went!

Germany goes all out for Christmas, and we were excited to see for ourselves if German Christmas Markets are in fact the best. I think I’m still partial to the one we went to in Budapest, but Berlin’s markets certainly do not disappoint! My favorite one was at Gendarmenmarkt square.

We also went to the Christmas Market by Kaiser Wilhelm Memorial Church where the recent terrorist attack took place. Flowers and candles were placed around the market in memory of the lives lost. It was a stark contrast to the cheerful Christmas festivities going on at the market. 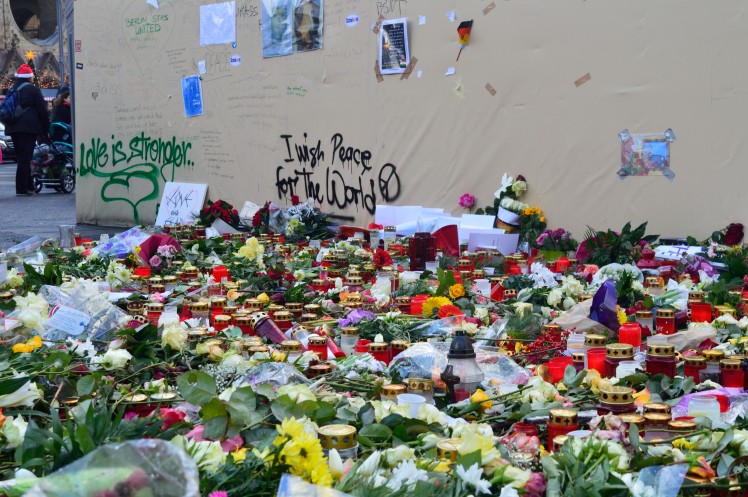 Berlin is full of contrasts. War and peace, wealth and poverty, oppression and freedom. All have existed here and left their mark on this city, and we were reminded of the city’s painful past everywhere we went.

On our first full day in Berlin, we did a free walking tour. My feet were sore by the end of it, but the tour was probable my favorite part of the trip. Because the city has changed so much in the last 25 years, it’s easy to overlook the historic buildings in all the modern development. Our guide helped us untangle the layers of Berlin’s history.

Berlin was basically reduced to rubble in World War II, and as our guide pointed out, there are still scorch marks and bullet holes visible on surviving buildings.

Touching bullet holes from the Battle of Berlin

Most of the building that survived the war have completely replaced masonry. Like the below facade.

After the walking tour we headed over to the Reichstag/Parliament Building. It was originally completed in 1894, but severely damaged in the Battle of Berlin in 1945.

Renovations to restore it to its former glory weren’t completed until 1999. The glass dome and roof terrace are open to the public (but you have to book ahead of time), and it’s definitely worth visiting.

Inside the dome, there’s an exhibit on the building’s history and the political history of Germany. (It’s also available online.)

The level of destruction that Berlin experienced during WWII is unreal, and I’m still not over it. It’s hard for me to picture a city as a battlefield. The battlefields in America are often literal fields, and nature is better at covering up the scars of war than cities are. Berlin was completely devastated, and it’s taken it a long time for it to recover. I know this post is about our vacation, so I won’t include more grim black and white pictures here. But if you’re curious, have a quick scroll through these photos, and it’ll give you an idea.

The next day we went to the Neues Museum. It was 12 euros which almost made us pass. After all, we have wonderful free museums in London. In the end, I was glad we decided go in anyway.

Another highlight from the trip was a food tour with Bite Berlin. Meet District Mot’s Bao Burger, my new best friend. 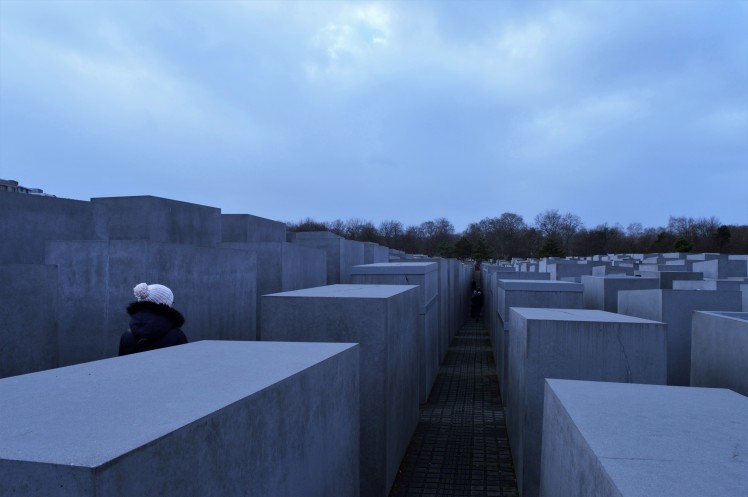