Hello world! Remember me? I didn’t mean to disappear from the blog for so long. August and September came and went without much excitement, so I didn’t feel the itch to write. But I’m breaking my silence now to tell you all about our mystery weekend booked through srprs.me!

Srprs.me is a travel site that plans holidays without revealing the destination. We decided to go for it, and booked a weekend city break as an anniversary treat. The price was right, and we were sold on having a holiday without any work or planning. Just show up at the airport, and be off!

A week before our departure date, we were sent a weather forecast. Our excitement started to build as we tried to guess where we might be going. 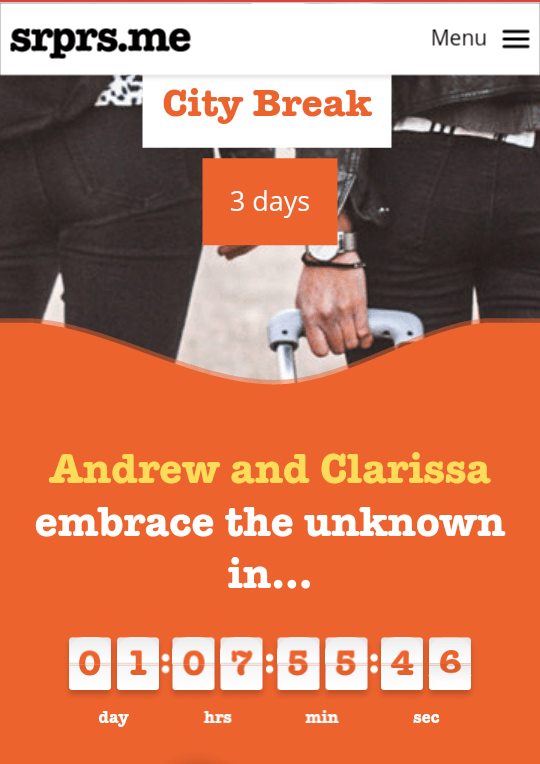 We were also sent an information pack with a sealed envelope containing our boarding passes. It was tempting to open it early instead of waiting until we were at the airport, but we did not give in! On the morning of our trip, we sat down in Cafe Nero at Gatwick, and opened the envelope like it was Christmas.

And our secret destination was…. Geneva, of course!

“Switzerland is so expensive!” were the first words out of Andrew’s mouth. It was 6 am, and the coffee hadn’t kicked in yet. Eventually he came around, and we excitedly boarded our easyJet flight to Geneva for our three-day getaway.

We landed around noon, and it was only one stop by train from the airport to Geneva Station. We stayed near the station at Hôtel Kipling Manotel. It was nice, but had an odd colonial theme that was slightly racist. Overall, we were so impressed with the ease of travel from London to our hotel, and the fact that transportation is free in Geneva was the icing on the cake.

After we’d dropped off our luggage in the room, we wandered down to the Rhône River. 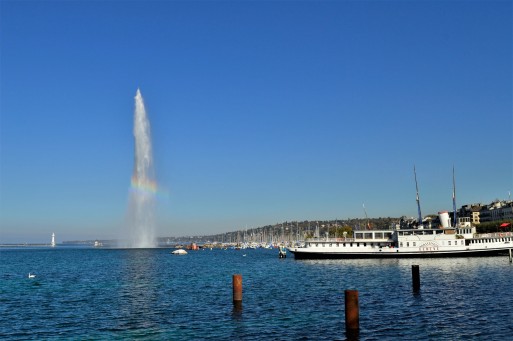 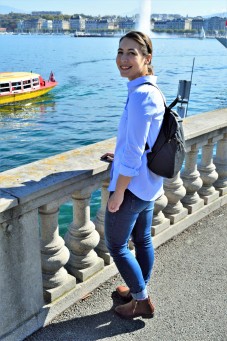 We couldn’t have asked for better weather!

The transit system includes boats, and we took one across the river to Old Town Geneva. 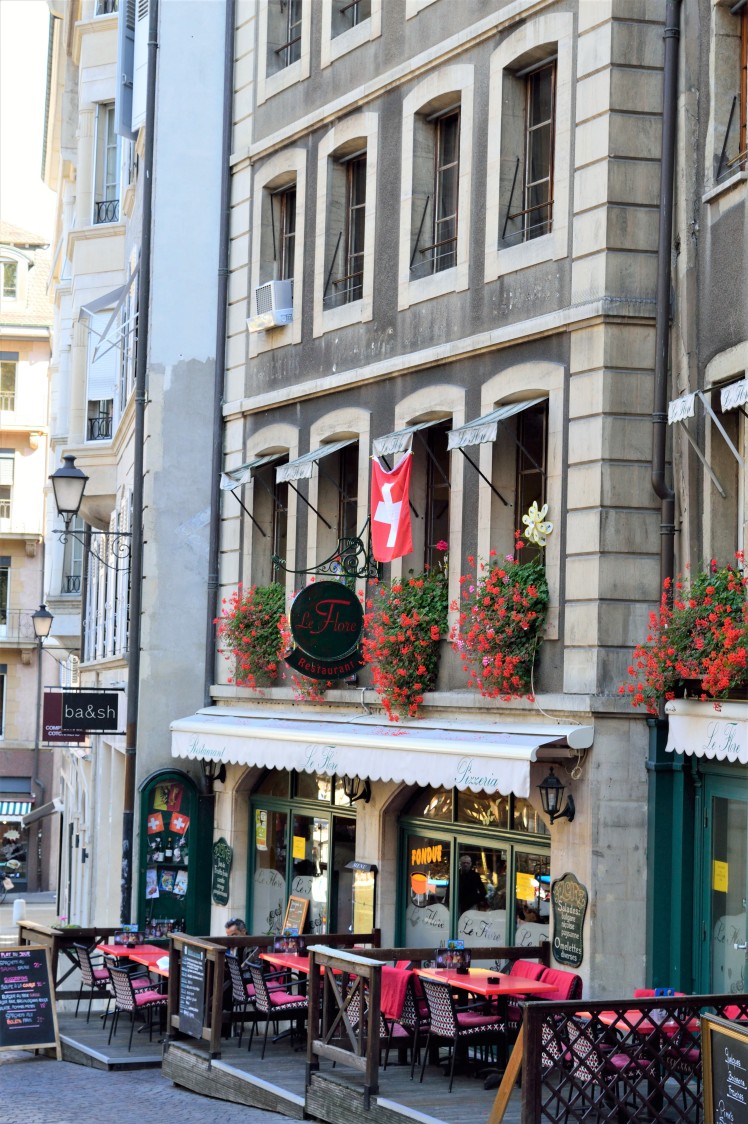 We struggled to find a reasonably priced lunch in old town, but still enjoyed exploring the winding streets with charming cafes on nearly every corner. We spent the rest of the afternoon at Jardin Anglais, and of course stopped for a photo shoot by the famous flower clock.

We splurged on dinner at a proper restaurant, but Andrew was right. Switzerland is soooo expensive! I was amazed. We decided to be responsible for the rest of the trip, and made pack lunches for Saturday and Sunday. Lucky for us, Geneva has so many lovely picnic sites to choose from, so we didn’t mind one bit!

On Saturday we took the bus from the city centre to the Swiss/French border. It was only about a 40 min drive, and then we walked across the border to Mont Salève. 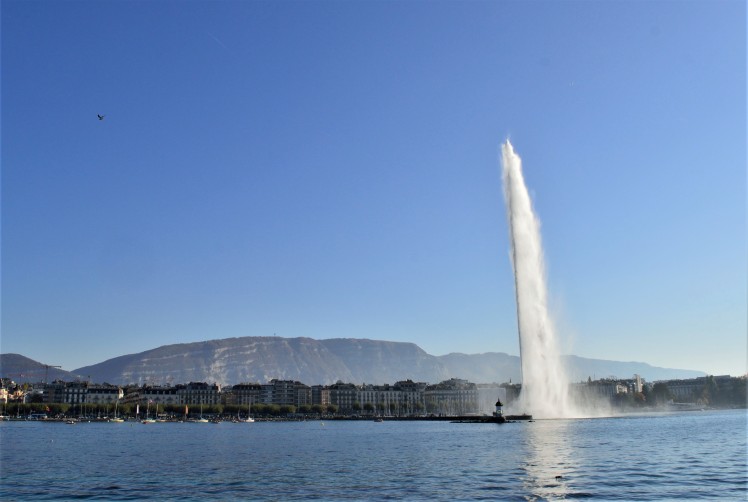 Mont Salève towers over Geneva, and we could see it from the banks of the river. 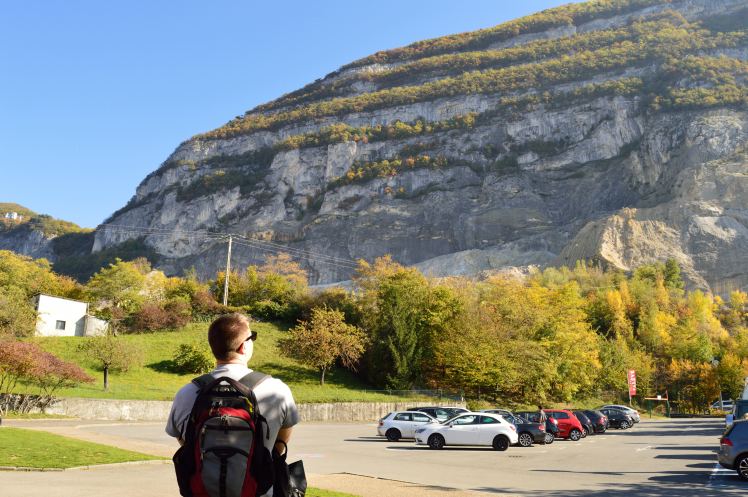 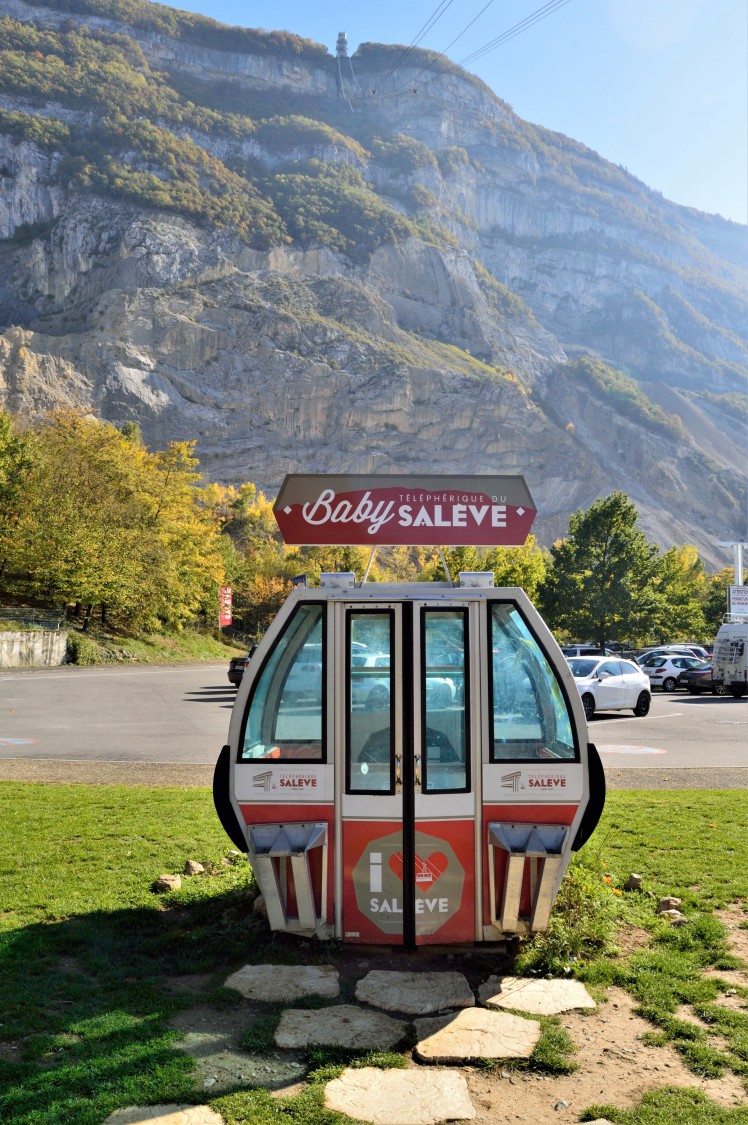 There is a cable car that you can take to the top, but we were feeling brave so we hiked up. 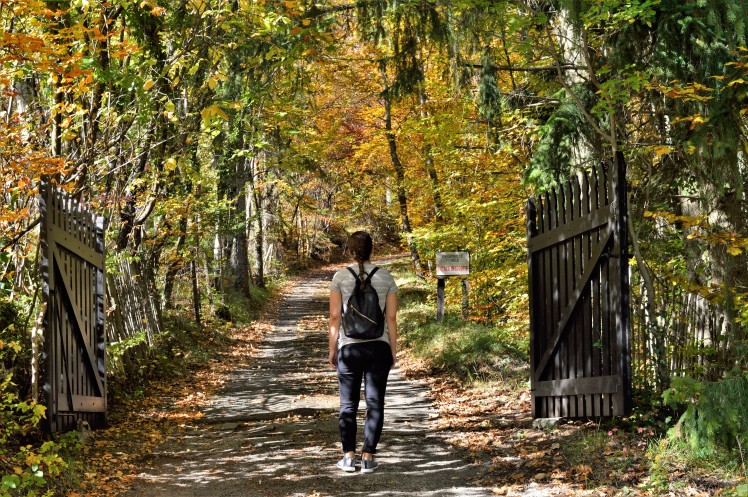 Autumn was in full swing, and the trail up the mountain was a woodland wonderland. 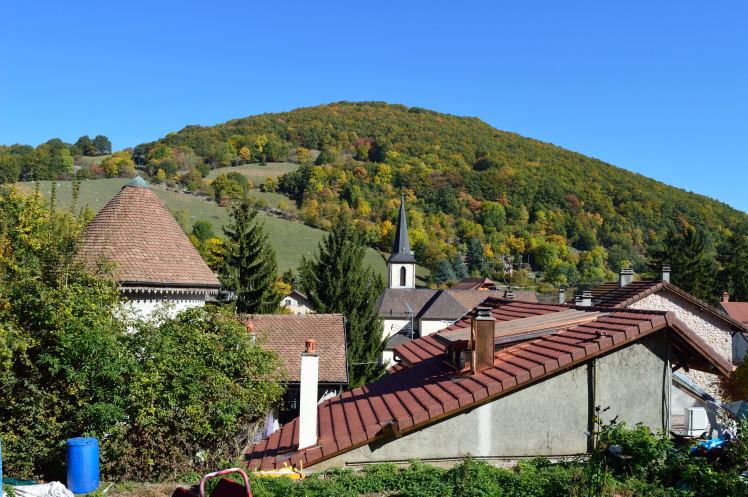 We came across a cute French village on the way up. 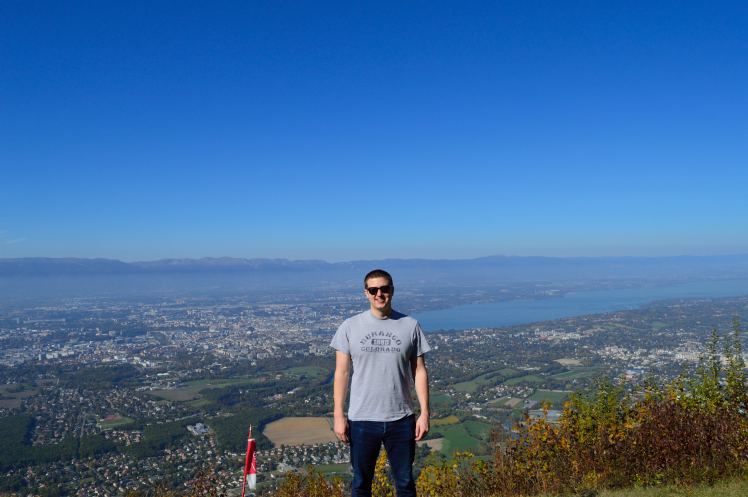 Two hours later, we made it to the tippy-top, and enjoyed our pack lunch at the best picnic spot ever! 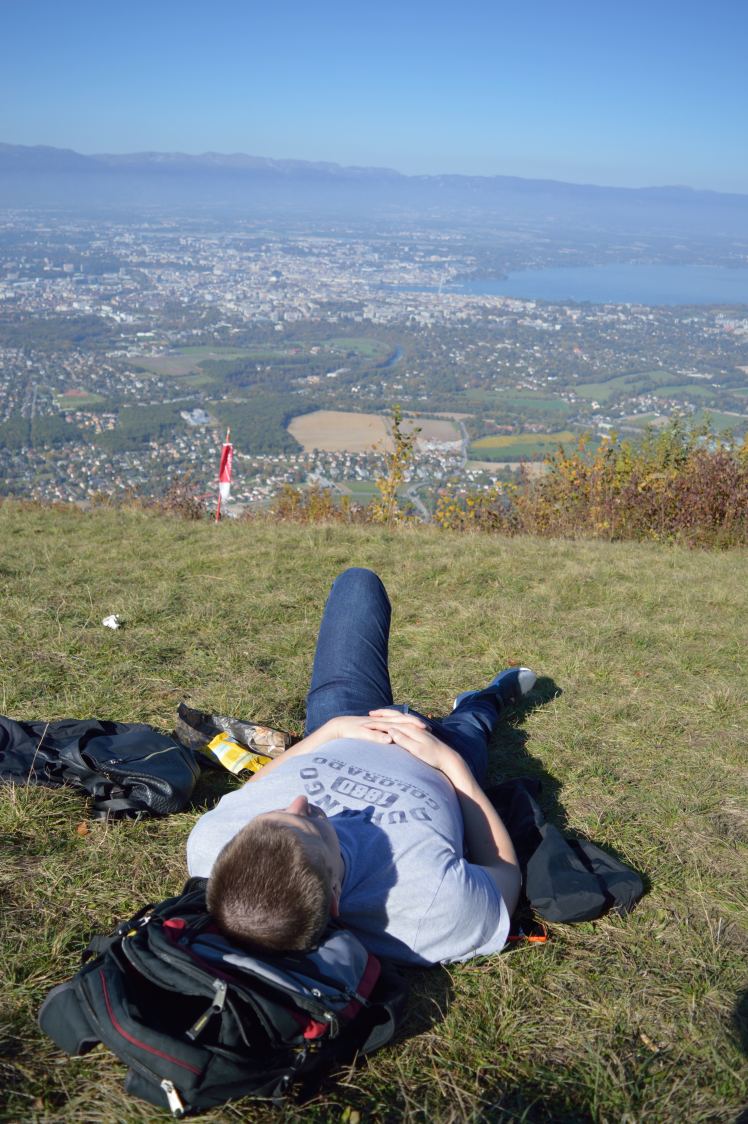 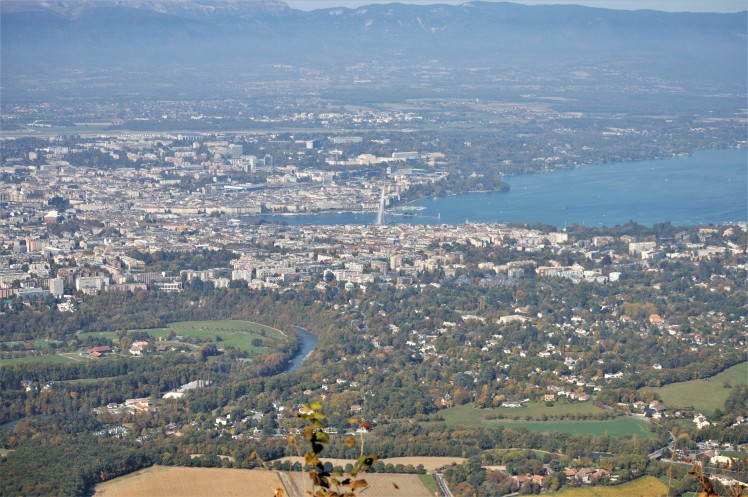 We could see Geneva down below, and the Jet d’Eau fountain. 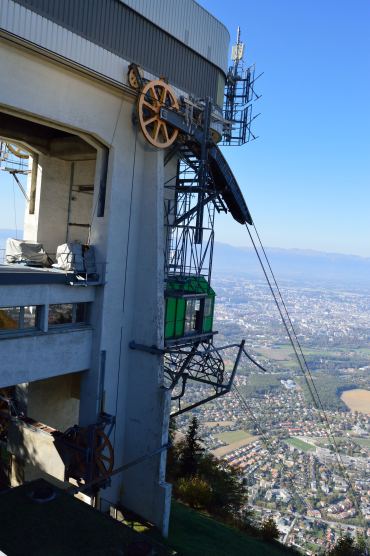 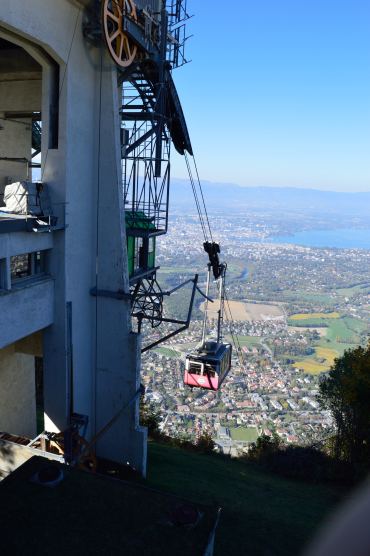 We took the cable car down. It cost around 7 CHF for a one-way ticket, but we felt we deserved it after such a steep climb up! 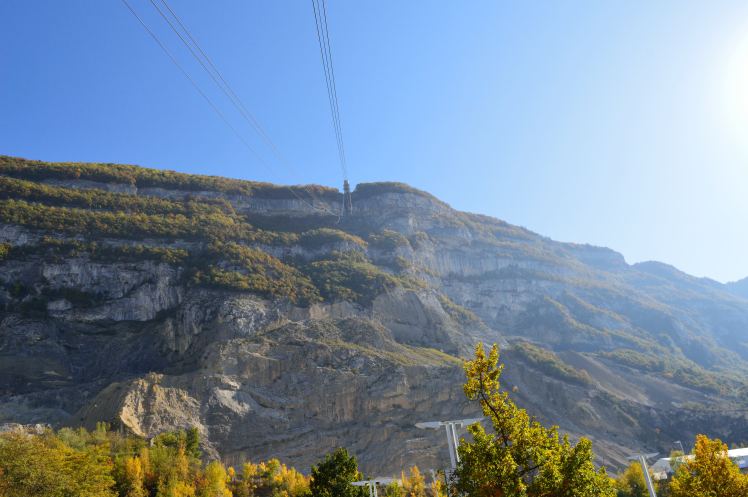 The whole trip to the mountain only cost around £15 (for the cable car), and it was such a beautiful spot!

On our last day, we walked along the Rhône to where it meets the Arve River at Pointe de la Jonction. It was amazing to see a perfect line where the water changes from teal to grey/green. 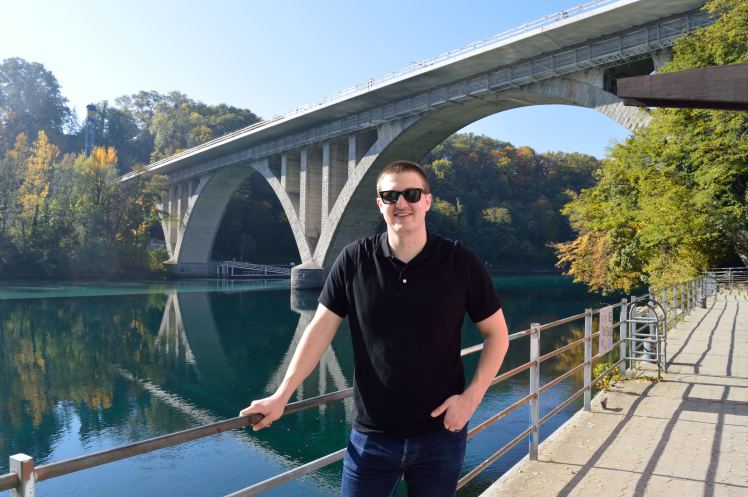 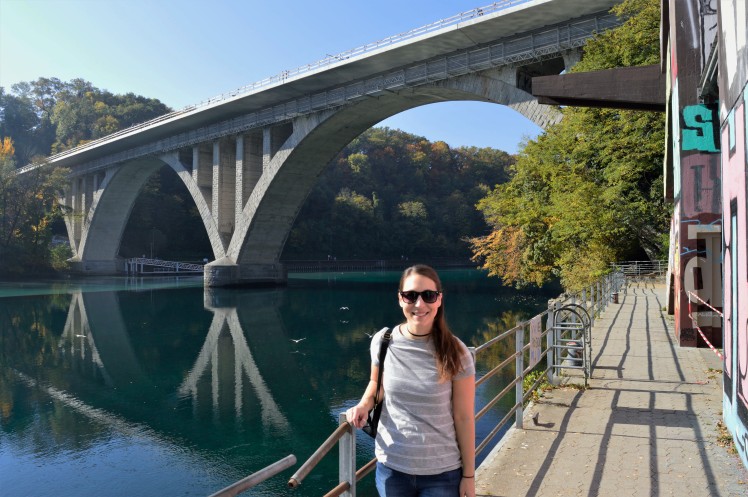 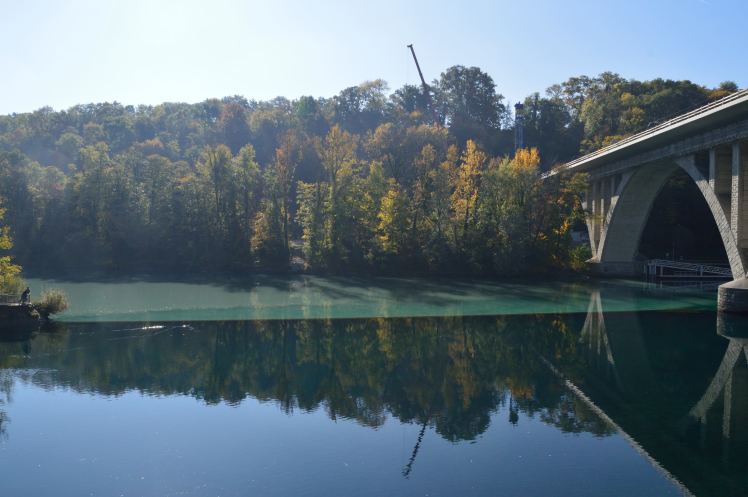 After a few hours by the river, we took the tram up to the United Nations European Headquarters. 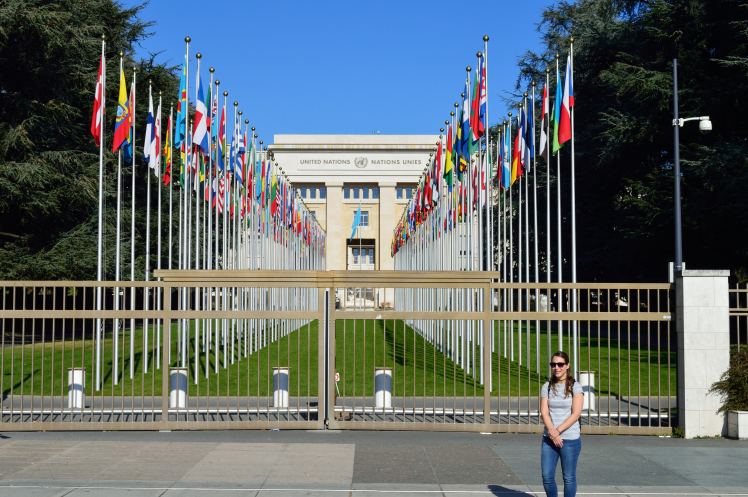 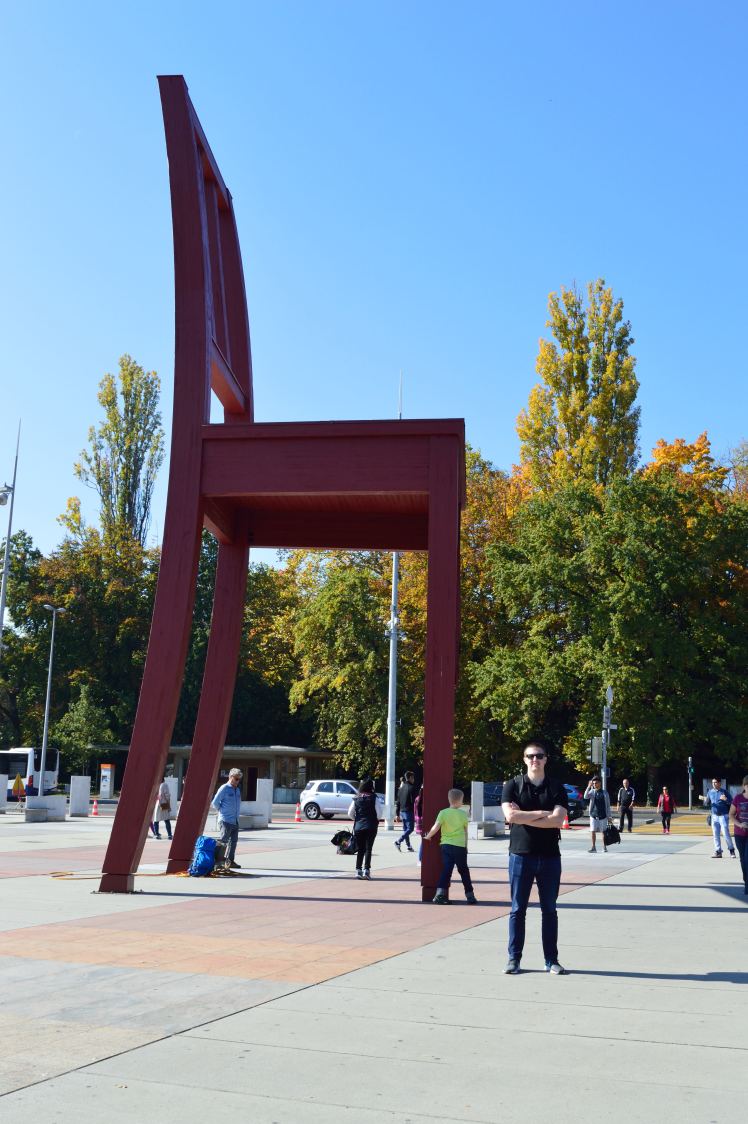 We still had some time left, so we backtracked down to Parc de La Perle du Lac. The park was on the shores of the lake, and it was definitely the place to be on a Sunday afternoon! People were sunbathing, and even getting in the water. 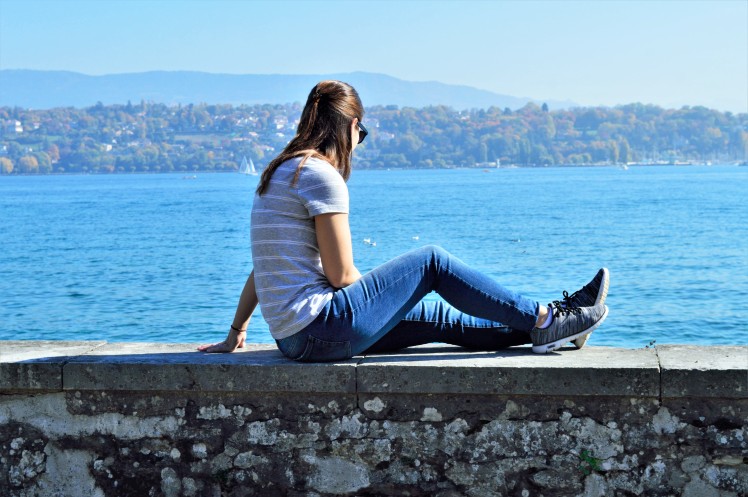 At first, we weren’t sure if a surprise trip was a crazy or genius idea, but it turned out to be the perfect getaway! Geneva isn’t somewhere we would have thought of going to on our own, but it’s definitely worth visiting, and a weekend was the perfect amount of time. Yes, the sky high prices were a bit annoying, but luckily there were many things that we could do for free. Now we’re thinking of doing an Alps backpacking trip sometime. Stay tuned. 😉