We put on our tour guide hats last summer, and planned a jam-packed two weeks in the British Isles for Andrew’s parents. They had never been to UK before, so we started things off in London – because a trip to England would not be complete without seeing the city. Andrew’s parents are both teachers, and expert road trippers. They spend their summer breaks driving across the US with their fifth-wheel in tow. We had a feeling that they’d be ready to escape the city crowds after a few days, and so we decided to add an epic road trip to the itinerary!

I will admit, we were a little ambitious in our planning. We set aside four days to drive through Scotland, and fly to Ireland. Then five days to road trip through Ireland. Covering nearly 700 miles in 9 days doesn’t sound too bad to Americans, but on the roads over here, it’s quite a feat. We wanted to take scenic routes, which meant avoiding the comfortable highways, and taking tiny, narrow, winding roads everywhere. We discovered that speed limits on these roads are more of a challenge than a limitation. If you can drive the speed limit without dying, then good for you. Needless to say, we took longer than Google Maps said it would take to get from point to point. It also didn’t help that we don’t own a car right now, and Andrew had to get used to shifting on the left real quick, while driving down scary little roads at a frightening speed, with his parents in the back seat. No pressure. Fortunately he picks things up pretty fast, and did a great job driving us everywhere (and not killing us), but it wasn’t exactly a restful experience for him. Despite these challenges, we had a fantastic time, and OH. MY. the scenery was just glorious! It made all the stressful hours on the road worth it.

In four days in Scotland, we covered more than 300 miles (see our route here), starting in Edinburgh. We took the train from King’s Cross in London up to Edinburgh, and spent about a day exploring the city.

We hiked up Calton Hill, where there’s a great view of the city skyline and Arthur’s Seat.

At the top of the hill, is the National Monument of Scotland. Clearly modelled after the Parthenon in Athens, it was left unfinished, which makes it difficult for all the tourists to climb on it.

After our walk up Calton Hill, we were feeling hungry, so we headed to Edinburgh’s Old Town in search of some dinner. It too, is on top of a hill.

After wandering the Royal Mile, we found a comfortable pub, and ate our well-deserved meal.

The next morning, we went to Edinburgh Castle before picking up our rental car, and hitting the road.

The next stop on our trip was St Andrews. We only spent the afternoon there, but we were still able to see a bit of the town, and the cathedral and castle ruins. The ruins are both positioned on the cliffs by the sea, and from the castle, we had an excellent view of the cathedral. 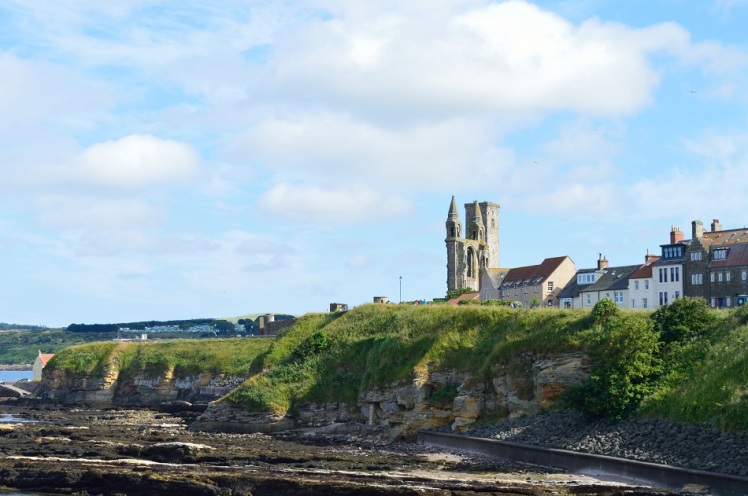 When visiting ruins, I recommend going on a sunny day. It really enhances the experience.

Look at that blue sky! We seriously got lucky with the weather in Scotland. I’m told it’s not always like this.

The castle ruins are just down the road from the cathedral. We were enjoying a lovely walk along the cliffs to the castle, when a dastardly seagull pooped on us (not pictured). He hit us with such force, that at first I thought a giant wave had splashed us. Somehow Andrew avoided the hit, and his dad and I got the worst of it. So as you enjoy these pretty pictures, just remember, my hair had seagull poop in it the whole time. Keeping it #authentic here folks.

The cave-like tunnels under the castle were probably Andrew’s favourite part.

We left St Andrew’s and stayed the night in Perth. It was a sleepy town on a Wednesday evening, but that might have been because a World Cup semi-finals game was on, and England was playing. We found an Italian restaurant with delicious food, and when England lost, the town erupted with cheers.

The next day (day three for those who are counting), we got up early so we could hike around Killiecrankie. We walked through the trees for a few hours, and had a picnic lunch before heading out. 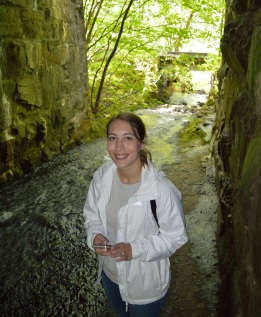 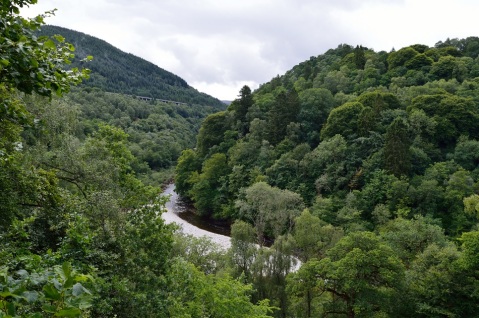 After lunch, we drove up to Blair Castle for the afternoon before driving south past Loch Lomond on the scariest road I’ve ever been on. The road was on a cliff over the Loch, and there was no shoulder. It was beautiful, but we were pretty tuckered out by the time we reached our cute hotel for the night.

How story book is this place? It was right on the shore of Loch Long, and some people spend the whole summer there.

We spent most of our last day in Scotland hiking. We made a quick stop at Loch Lomond for breakfast, and then drove up to Bracklinn Falls where we saw some of the most beautiful views from the whole trip.

We ate lunch under the bridge overlooking the falls.

And then we hiked. 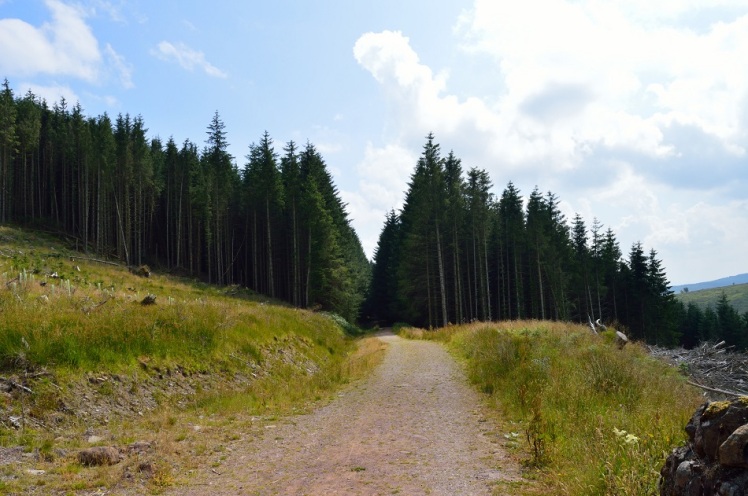 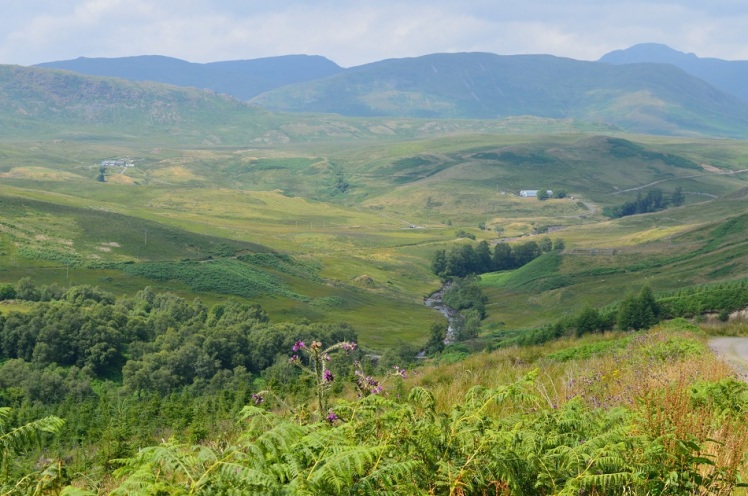 Sorry, it was hard for me to edit these photos down, because this place was so crazy beautiful!

We are still trying to find the perfect balance between packing as much fun as possible into a trip, and allowing for enough rest/unplanned time. There are a few takeaways from this trip that we will remember for next time, but all in all, I’m pretty proud of how it went. No one died, and we all still love each other which is the main thing. 🙂

Living room tour ☺️
Some of my favourite charity/thrift shop finds ☺️
Current toy situation in our Victorian terrace house where space and storage are at a premium. Normally a few baby dolls can be seen lounging around on the sofa, but everything can easily be put away - at least for now. ☺️
Finally repopulating my grid after a year of neglect. Who knows, maybe by next year I’ll have figured out how to make reels 😆
I don’t know what I’m going to do when Sophie figures out how to open these doors 😆
10/10 would recommend having a puzzle/board games table in the living room - especially if it’s as pretty as this one 👌🏼 @maisonsdumondeuk #mymdm #wonderfuleveryday
Loading Comments...
%d bloggers like this: