Some of our family came to visit us at our new home recently, and it was a good excuse to go sight-seeing around Colchester. We had so much fun showing them around England’s oldest town, and getting to know it a bit better ourselves. Though there’s plenty to do here, Colchester isn’t really a tourist destination. That means the lines are short, and museums aren’t crowded! After previous whirlwind travels with my family in London, Prague, and Vienna,  it was nice to spend a more relaxed time with them close to home.

First, my sister and 1 year old niece braved the long flight to visit for a few weeks. We got to experience navigating public transportation with a stroller/buggy. It was a bit nerve-racking at first, but also so adorable watching Evie take it all in. 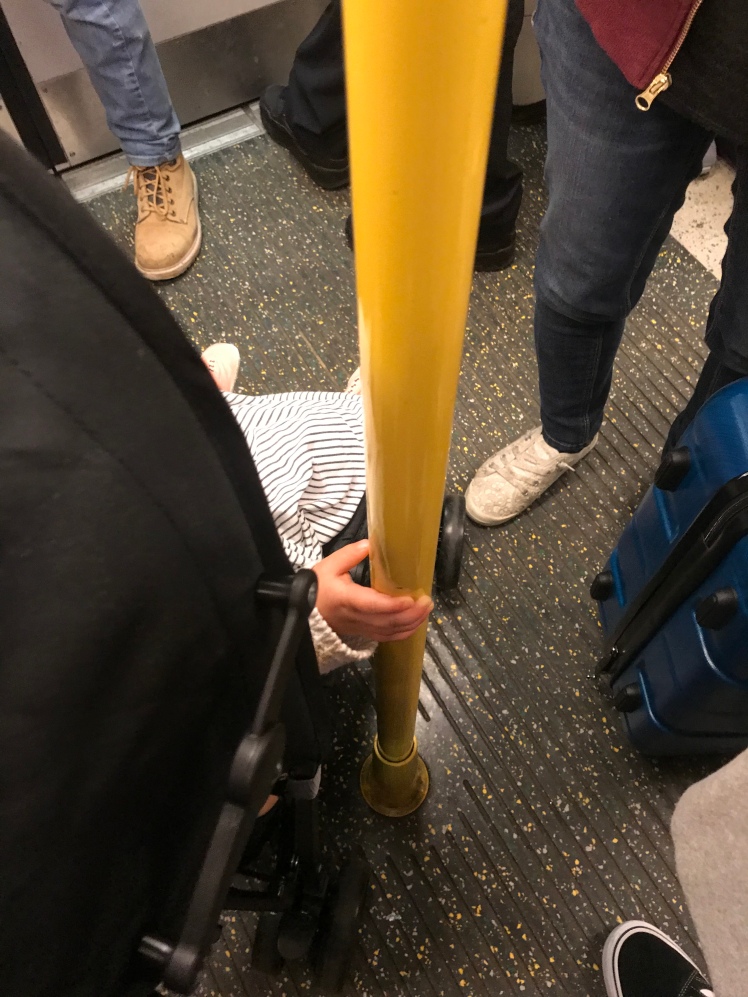 Only 1, and already knows to hold on while riding the tube! #proudaunt 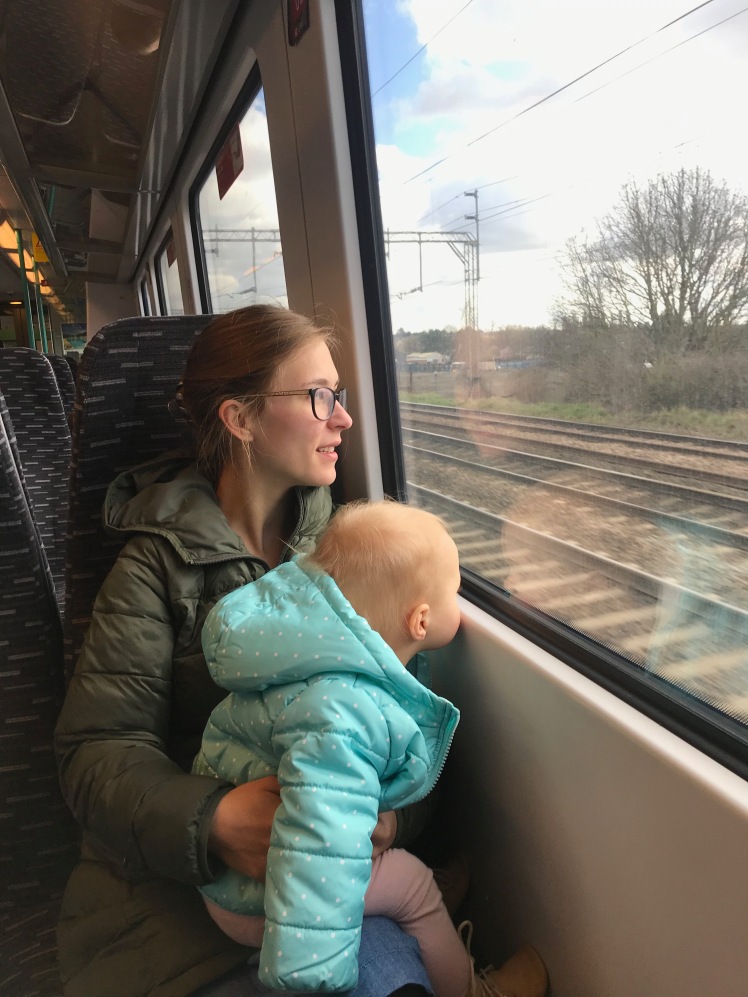 By the time my parents came to visit a few weeks later, I felt pretty confident in my Colchester tour-guide abilities. Armed with a free Colchester guide I found online, we set out to see the town!

Colchester has a unique history as the capitol of Roman Britain. Today, Colchester is a colorful mix of old and new. (To see what I mean, check out this pretty Instagram account: Colchester Streets). Part of the Roman wall is still standing, and runs alongside shopping centers and parking lots. The wall has certainly seen plenty of changes! It even survived an 11 week siege in 1648 when the Royalist army retreated to Colchester during English Civil War.

After the Romans left Britain, many of their building materials were reused in new buildings like St Botolph’s Priory. This Norman ruin is a popular cut-through for people coming from one of the public parking lots to run errands in town. 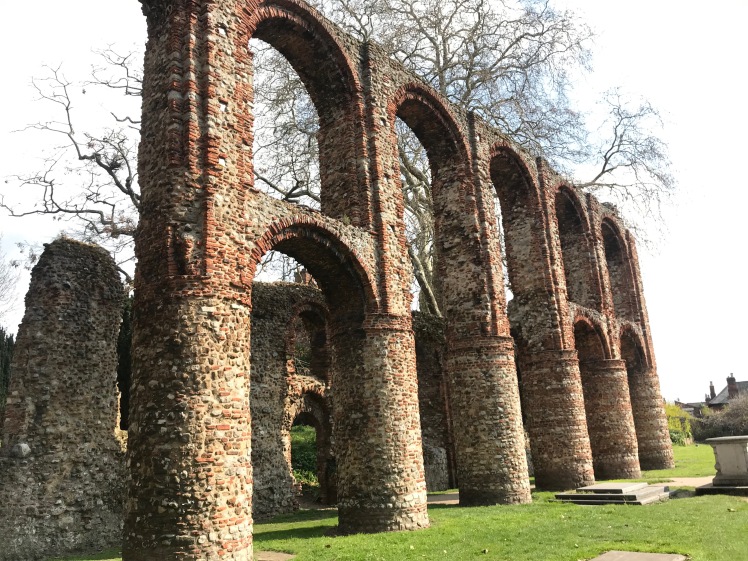 After posing for a few photos at the priory, we went to Colchester castle and a few other museums. Our photographer was distracted by all the interesting displays, so I don’t have pictures from those stops. 😉

Before my parent’s trip ended, went to see Layer Marney Tower, England’s tallest Tudor Gatehouse. The privately owned estate is only open for part of the year, and it’s definitely worth a visit.

You can climb to the top of the tower and look out over the English countryside from the roof.

Colchester is only an hour away from London by train, and fun place to explore. If you are looking for a reasonably priced day trip, definitely check it out!

One thought on “Getting To Know Colchester”

After months and months of waiting, we finally have a completion date for our HOUSE! We made an offer back in July, and hopefully this month we’ll be able to call it ours 🗝🏠
The living room is so much cozier now & 100x more comfortable since we replaced the sofa & coffee table.😚🤌 We went the IKEA route again, but after a week testing it out we have zero regrets. It’s the #färlöv grey sofa with #kivik footstool. It only took us 3 years to update the furniture since moving 🤪 and we’re actually planning to move again soon. This time as home owners! 🤞🏼In the meantime we’re enjoying our new setup before the packing chaos begins. ☺️
After taking nearly a year off blogging, I’m back with a living room update and some future plans! Link in my bio ☝🏼
I enjoyed styling the coffee for a few photos, but it didn’t last long 🙈 Swipe for a dose of reality! ➡️
I’m loving this new framed print from @photowall_sweden & the difference it’s made in the living room! If you’d like to refresh your space with new art, use code clarimichele25 to claim 25% off any Photowall product 💚
Four months old and already such a little character 🤍
Loading Comments...
%d bloggers like this: