I am the kind of person that jumps without thinking. Saying “Yes, let’s do it!” is the easy part, and then later, when it is too late, it dawns on me that maybe this is scary. Maybe I’m not ready for this. Maybe I should have thought it through first.

That’s where I’m at right now. I jumped, and now I’m trying not to panic.

I should probably explain before you get too concerned. I got a new job, and I’m very excited about it. As I mentioned in my 3-year update, I was feeling restless in the job I’ve had for the last 3 years. I wanted a to start using my degree in Library Science, and after visiting Trinity College Library over the summer, I was reminded of why I chose this field. I came home extra motivated to get a job in a library, and after a few months of applying (and getting lots of automated rejection emails), I finally got an offer. I start next week!

It’s all very exciting, but it also feels like I opened Pandora’s box. The job is in Colchester, and it’s a bit of a commute from where we live now, so we started thinking this might be a good time to move. Rent prices are cheaper in Colchester because it’s further from London, and Andrew works mostly from home now, so it won’t affect his job really. Financially it made sense to move, and unlike our first move to the UK, this time we would be able to explore our options at our own pace. Right?

Nope. It turns out we’re realllllly busy between now and Christmas. Andrew has to travel a lot for work in the next few months, and we’re going for home for Thanksgiving. For this move to happen, we had to start looking NOW. We spent a week contacting letting agents, and managed to book in five viewings on one of our three free Saturdays before the year’s over. AND GUESS WHAT?! We actually picked one to move into! It still doesn’t feel real, and I’m not sure how to feel about it all. 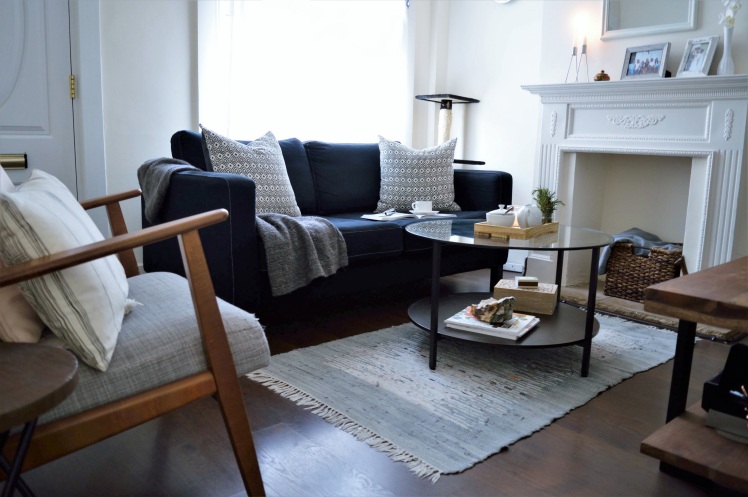 Looking at these photos of our living room makes me think we’re crazy to leave. None of the houses we saw were what I would call the “perfect fit” for us, but I have to remember that our current house wasn’t either. We had to put a lot of time and effort into making this house our home, and I know we can do the same in our next place.

Speaking of next place, let’s talk about the house hunt. Saving money was top of our list, so all 5 of the properties we saw were cheaper than our current place by £200-£300 per month. Location was also pretty important since we don’t have a car right now. That was about all we could agree on. Next on my list was more space, and Andrew wanted cheap and functional. Unfortunately for him, he is married to the person responsible for the above photos. I like pretty things, and wanted more SPACE to put all the pretty things. I’m not proud of it, but it’s the way I am. So the first house we saw with it’s 3 bedrooms was definitely my speed.

It was an old Victorian house with details like a stained glass door, and fireplaces in every room. The upstairs was my favourite part.

The original hardwood flooring! The wardrobe! Even that old lady light! 😍 Unfortunately the downstairs was a little rough. 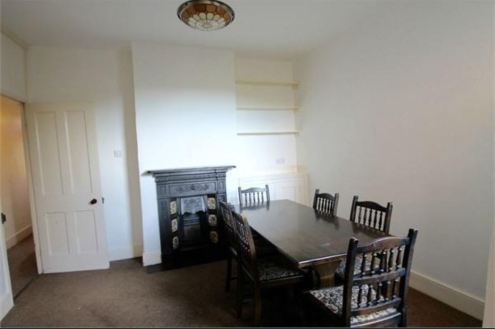 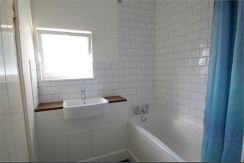 The living room and dining room were covered in brown carpet, and the kitchen and bathroom were just ok.

The rest of the houses we saw were all terrace houses much like the one we live in now. The first one we saw had 2 bedrooms, and this bathroom was the selling feature.

Spacious with high end finishes. The rest of the house had also been modernised by the previous owners. 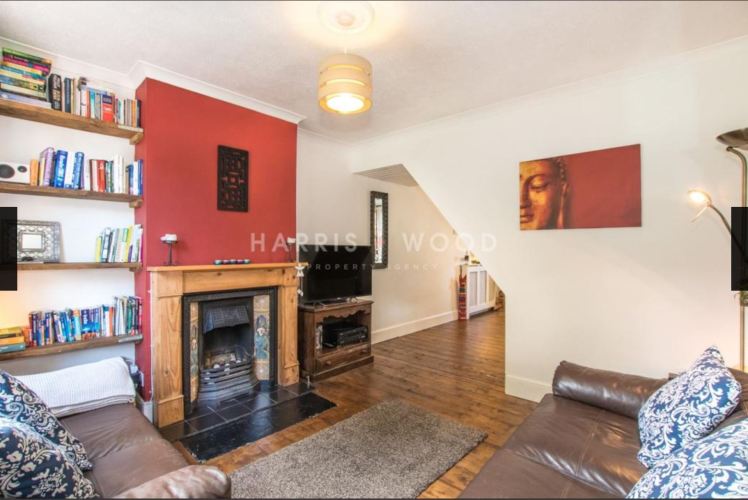 The wall between the living room and dining room had been opened up to make the space feel bigger, but it also meant a loss of storage and wall space. I wasn’t sold on the red fireplace, but the kitchen and yard were both nice.

On our way to the next viewing, we realised that it was too far away from the city centre to be a contender, so I haven’t included photos of it. But it was also a 2 bedroom terrace house. (If you’ve seen one, you’ve pretty much seen ’em all.)

Our fourth viewing was a 3 bedroom terrace house, and it was extra wide for this style of house. As you can see, there’s space for a sofa AND a chair along one wall. Compared to just a 2 cushion sofa where we live now. Let me tell you, those extra feet make a big difference. Huge.

Our final viewing threw us a curve ball, because up to that point we were pretty much in agreement. It was recommended to us by a letting agency, and I thought it was the least likely option. It was a the cheapest rent, with a high end kitchen, and good location. But… 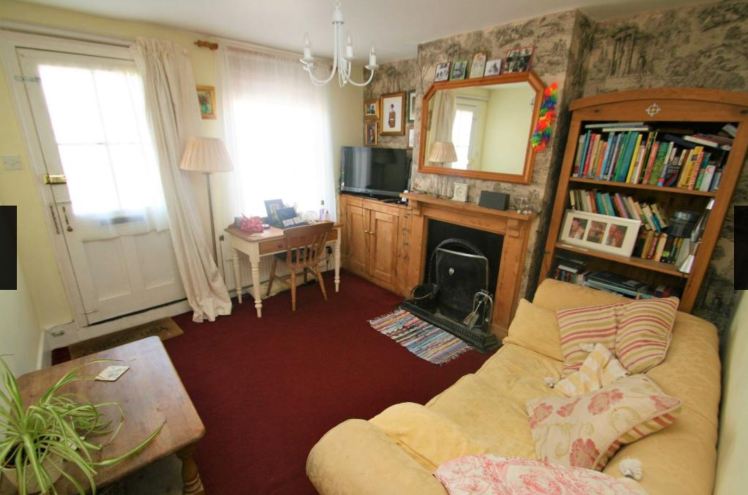 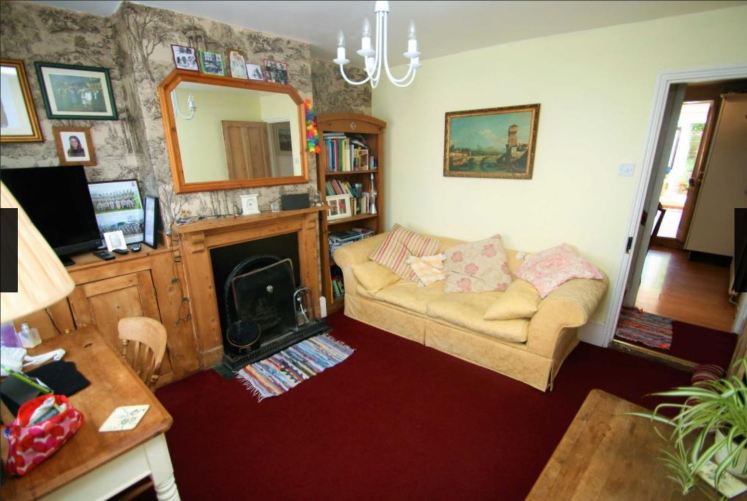 SO MUCH COLOR! I tried to see past the red carpet and wallpaper – all of which could not be changed, but I failed so hard. We got to meet the homeowner who was there when we had our viewing, and she was a lovely lady, so I don’t want to judge unfairly. It’s just the complete opposite of my style. The owner was also hoping to leave some of furnishings. The kitchen was Andrew’s dream though. 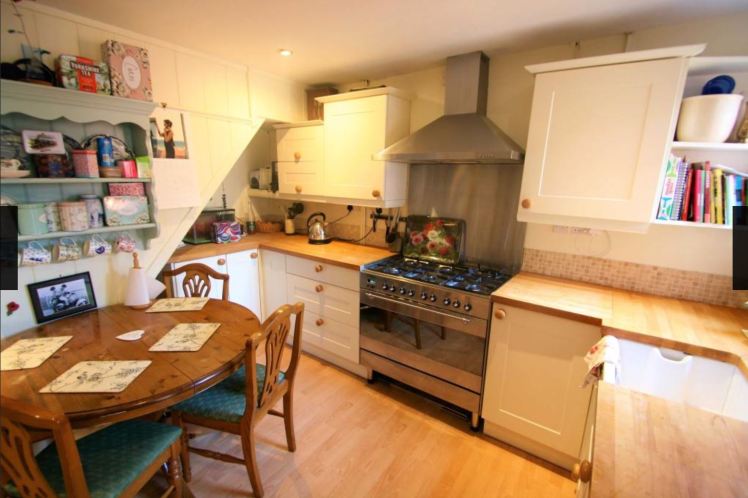 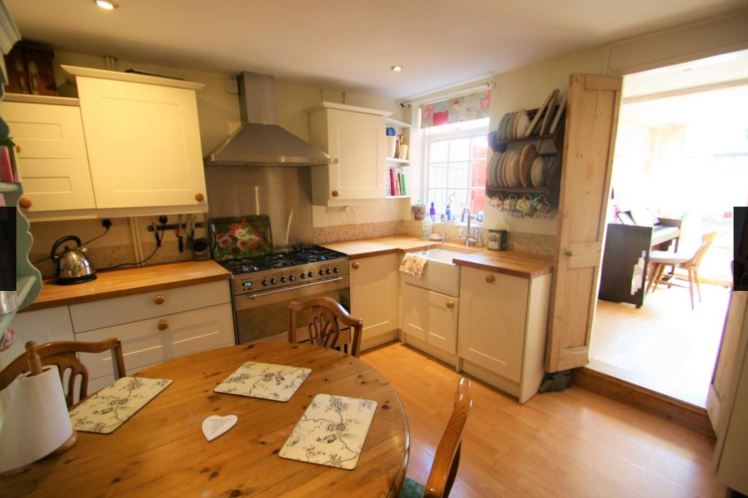 This kitchen was probably the most functional out of all the properties we saw, and came with appliances including a dishwasher, fridge freezer, and washer dryer. It also had a bonus room off the back of the kitchen that was nice to have in a 2 bedroom house. 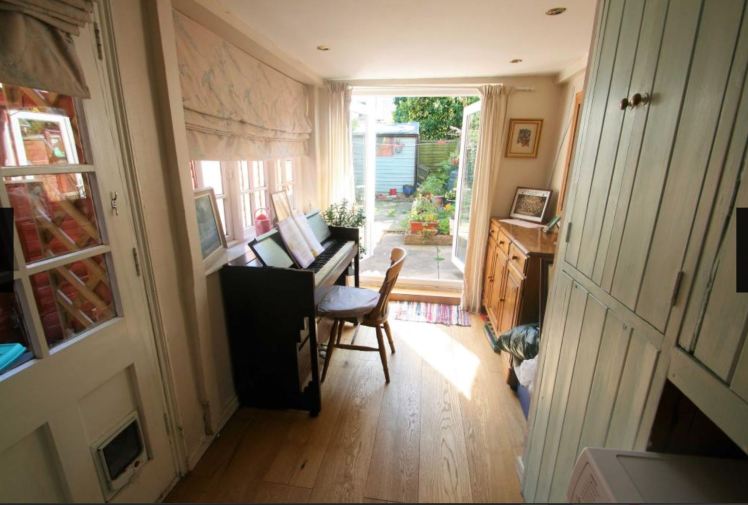 Andrew was SOLD on this place, and I honestly didn’t expect him to like it so much. Yes, it was the cheapest option, in a better location than the other terrace houses we saw, and had an awesome kitchen. But I couldn’t imagine us calling it our home.

So, we headed to the pub for a heated debate. I think part of our problem was that we went in feeling pretty confident about what the top contenders would be, but we were completely wrong! We agreed that the 2nd, 3rd, and 4th properties were out. None of them came with appliances, and they weren’t in the best locations. That left the 1st and 5th properties – the houses we expected to like the least, and hadn’t even considered before viewing. We finally came to a decision. Can you guess which one we picked?

That’s right! House number 1! We’ve put a holding deposit on it, so if things go to plan, we’ll be moving the first week of December.

I still feel guilty about Andrew not getting his kitchen, but in end we felt that the last house wasn’t the best fit for us. If it had been an option when we first moved to the UK, it would have been perfect for us to move into a furnished house where we knew the property owner. But we’re more independent now. We have our own stuff (and two cats that like to destroy things). Also Andrew loves me, and saw how much I liked the first house. It gives us a bit more freedom to make it our home, and I’m already saving inspiration photos for how I want to decorate it. I can’t wait. 🙂

*Property images are from Rightmove listings, and are considered non-confidential and non-proprietary. If there is a copyrighted image appearing on this blog that belongs to you, and you do not wish for it appear on this site, please contact me with a link to said image and it will be promptly removed.

4 thoughts on “The Times They Are A-Changin’”

Living room tour ☺️
Some of my favourite charity/thrift shop finds ☺️
Current toy situation in our Victorian terrace house where space and storage are at a premium. Normally a few baby dolls can be seen lounging around on the sofa, but everything can easily be put away - at least for now. ☺️
Finally repopulating my grid after a year of neglect. Who knows, maybe by next year I’ll have figured out how to make reels 😆
I don’t know what I’m going to do when Sophie figures out how to open these doors 😆
10/10 would recommend having a puzzle/board games table in the living room - especially if it’s as pretty as this one 👌🏼 @maisonsdumondeuk #mymdm #wonderfuleveryday
Loading Comments...
%d bloggers like this: